This will enable the featured image support for both post and for pages.

In case you want to add featured images support for only post or page you should have the following function calls in your functions.php

This will add featured image support only for post or page.

How to add a featured image to the post 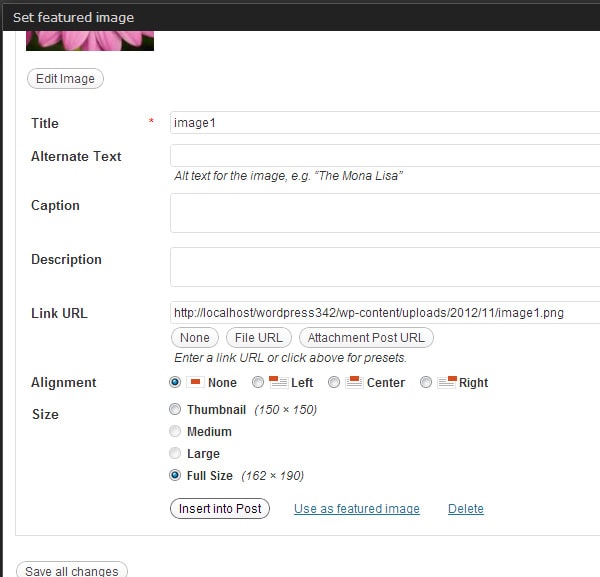 Once you have selected the image it will be seen in the right side of your edit post page as shown below. It will also have a link to remove the featured image in case you want to change the feature image from the post or just remove it. 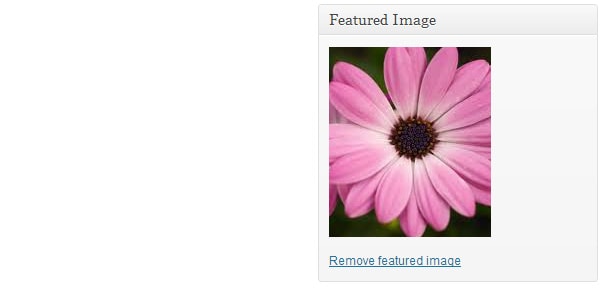 Displaying the featured image in your theme

The function has_post_thumbnail provided by WordPress takes an optional argument which is the post id. In case the post id is not passed it will take the current posts id in the loop. This function returns true in case the post has a featured image attached to it and false otherwise.

The function the_post_thumbnail takes in the two parameters which are the size and some attributes. This function returns an img tag to the featured image.

So once you add the above code to your template file you will start seeing the featured image with your post as seen below. 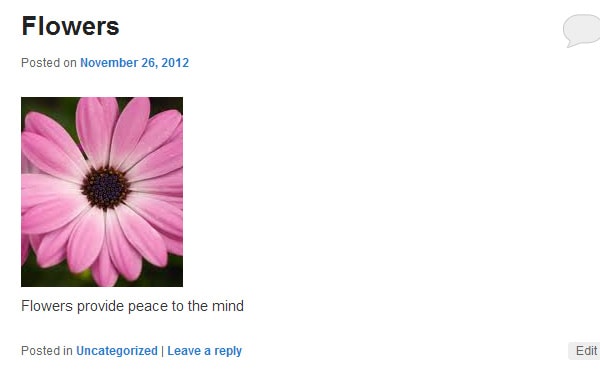 Settings for your featured image

This function takes three arguments which are the width the height and should the image be cropped to the size or no. You can add the call to this function in the functions.php of your theme.

Also in some cases you might need the featured image in different sizes to display on different pages. For instance you might want to use default size in the loop but for you might need a little bigger size to show on the category page and even more bigger on the single’s page. In this case you can use the WordPress function add_image_size.

You can add the following calls to functions in your functions.php to register new sizes for featured images.

This function takes four arguments which are the name of the featured image size, the width and height and if you want to crop the image to that particular height.

Making all featured images to link to the post

This might become tedious if you want to show the featured image at many places and even might be error prone in case you miss it at some place.

WordPress provides post_thumbnail_html filter which one can use to alter the html generated by the the_post_thumbnail function. To convert all thumbnails to clickable thumbnail images to their posts we have to add the following code in your functions.php

In the above code we add to the filter ‘post_thumbnail_html’ the function add_post_link_to_featured_image. This function just wraps the previous img tag with an anchor tag pointing to the post itself. The link is fetched using the WordPress function get_permalink.

It is said that a picture speaks more than a thousand words. Using the featured image functionality provided by WordPress you can add images to your post which really can signify to the user what your post is all about. Also the featured image on your post can be displayed at different places on your website.

WordPress has a very easy and simple user interface to add feature images and with minimal code you can get to display the post featured image in your theme. WordPress also provides more advance functionality of featured images which you can customize and use according to your needs. So have fun while creating new post with featured images in your WordPress blog.

I am Abbas Suterwala, a software engineer by profession and a passionate coder. I live every moment at the fullest. I love open source projects and mobile development, and I am especially interested in WordPress as blogging platform.