Is Design Cyclical? Why Styles Are Continuously Changing

Note: Use of “design” largely refers to design style, specifically mobile and web, for this article.

I was recently looking through some screenshots of apps from earlier versions of iOS. It had me thinking about where design is headed over the next five to 10 years, why we continue to iterate on style, and whether design is really getting better or simply changing in a long-term cycle for the sake of change. Is design progressive or cyclical?

The first point to consider is what style is, and why it continues to change.

Style is the external manifestation of certain underlying values and attitudes.

In the case of digital design, there is a constant desire to see and create new styles. I’d liken it to the iPhone, for example. The style of the design is difficult to fault, yet we constantly crave a radical redesign at every year’s keynote event. The style might be different but often it’s very difficult to argue it is in fact better. The iPhone 6/7 might look different compared to the 5, but does it grip in your hand as well? Does it rest on the table flat? It’s a classic case of constant desire for change that does not always yield a better product. The same concept can be applied to digital design. We love seeing new things, experiencing new things, and design is no different.

Creatives are differentiating styles in order to maintain a unique selling point for services. Again, it’s not changing styles because they are better and help the user — it’s change as a byproduct of boredom, competition and the requirement to stand out.

José Espinosa of MIT wrote an interesting essay on a similar topic but around the concept of fashion. It’s hard not to see crossovers between the industries. This was one of the most interesting sections:

“As time passes, more and more people adapt the new style, but unfortunately not all of them fully understand its underlying principles but nevertheless follow the external changes in the fashion. Thus, the new style has become mainstreamed. The pioneers get frustrated because their style does not serve as a differentiation signal anymore.

“At this point new pioneers start trying to create new styles to differentiate from the current mainstream culture. The old pioneer’s values are now a target of critics. Eventually a new style will start to gain momentum and the cycle will repeat again.”

Companies are always looking for ways to differentiate through design. When one company creates a design direction that draws great appeal, others follow. As such, the style no longer differentiates, and as with fashion, this can serve as a catalyst for change 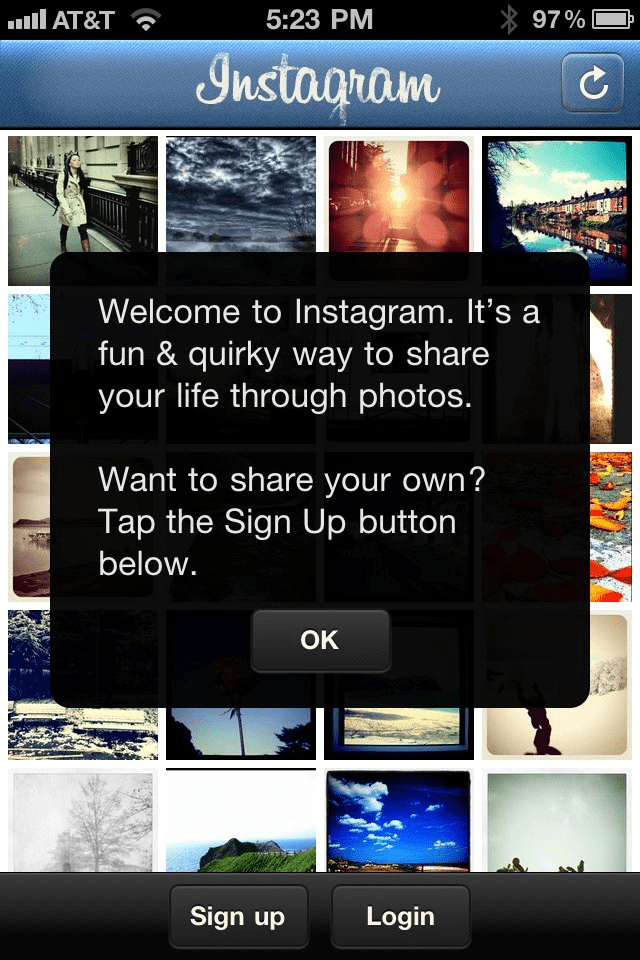 Take the above example of Instagram and imagine switching the style onto the current app feature set. I’d argue that while it may not align with what we’re now used to, it would exhibit a far greater deal of individuality, and even a better user experience — the contrast between elements is extremely clear and easy to understand. Buttons actually look like buttons rather than text labels, and the overall visual communication is clearer.

This all poses the question of whether design is really improving. Will we simply come to realize the benefit of not stripping back an interface to its stylistic bones? If so, is design nothing more than a way of keeping users and creatives interested and engaged over 5- 10- or 15-year cycles? 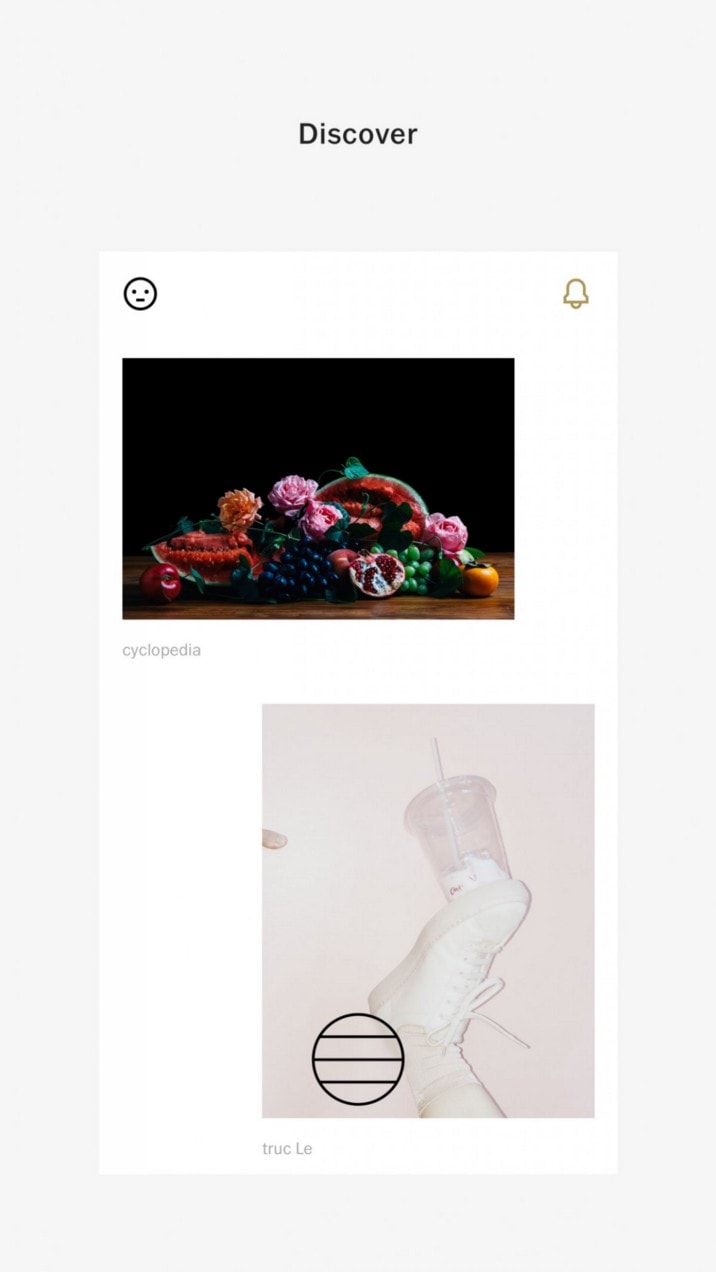 In terms of answering this question, I don’t believe we have a large enough sample size to examine — mobile apps are still a relatively new concept, as are websites with any sort of considerable design input. In the future, we’ll begin to form a legitimate sample over multiple decades and see whether digital style goes in cycles, or is entirely progressive. Perhaps we will never see a period where design as a whole moves away from a more minimal visual approach — even brutal minimalism in the case of some apps and websites — and back toward a richer, deeper, more personal style. As it stands, we are already beginning to see the early stages of a return to this in some form, as gradients, shadows and buttons are again becoming more commonplace in new designs. 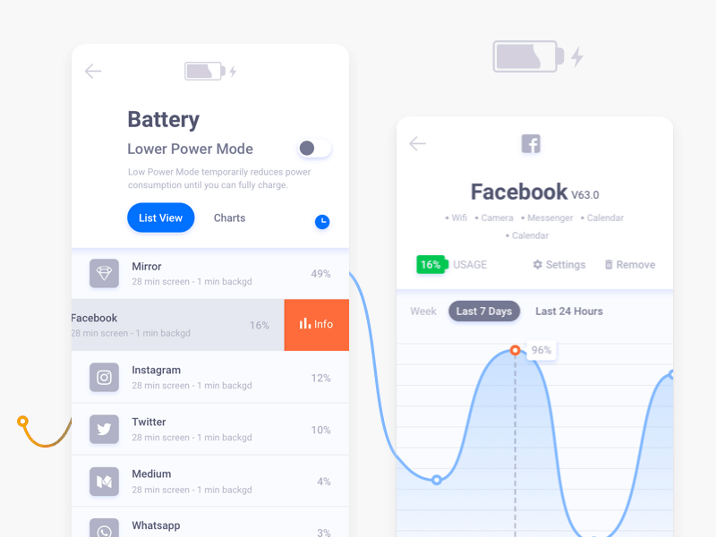 It should be noted that design is also constantly moving in line with technology. Simpler interfaces mean more lightweight applications, unencumbered by complex graphics. It means quicker development time and greater cross-device and cross-platform consistency. It means a more cohesive style with the devices themselves, as companies move further and further toward the most simplest of hardware designs.

That being said, internet speeds are getting quicker all the time, reducing load times. Computer chips and processing speeds are still increasing at a considerable rate year on year. Web browser technologies are becoming more consistent and capable. The possibilities with code are expanding. Tools such as Zeplin eliminate the hassle with developing complex styles. And, as hardware becomes more and more similar — the market more and more crowded — companies may look for ways to differentiate their designs and move toward more unique approaches, as with the Samsung S7 Edge. All of this means there is less of a technical argument for using simple design styles.

This industry can seem old, but in reality it is still so young. We can only look across to other creative industries such fashion, architecture or products to produce any sort of idea as to where design is headed. The lack of historical samples for this industry makes it ever more exciting to imagine what comes next.

I'm Ben, a Product Designer from the United Kingdom. You can visit my website or follow me on Dribbble.