Explore the Future of Typography with FS Industrie by Fontsmith

Fontsmith, the type foundry behind fonts like Hackney and Ingrid, launched FS Industrie, an adaptive type system that features five different widths and seven weights, for a total of more than 70 variants. 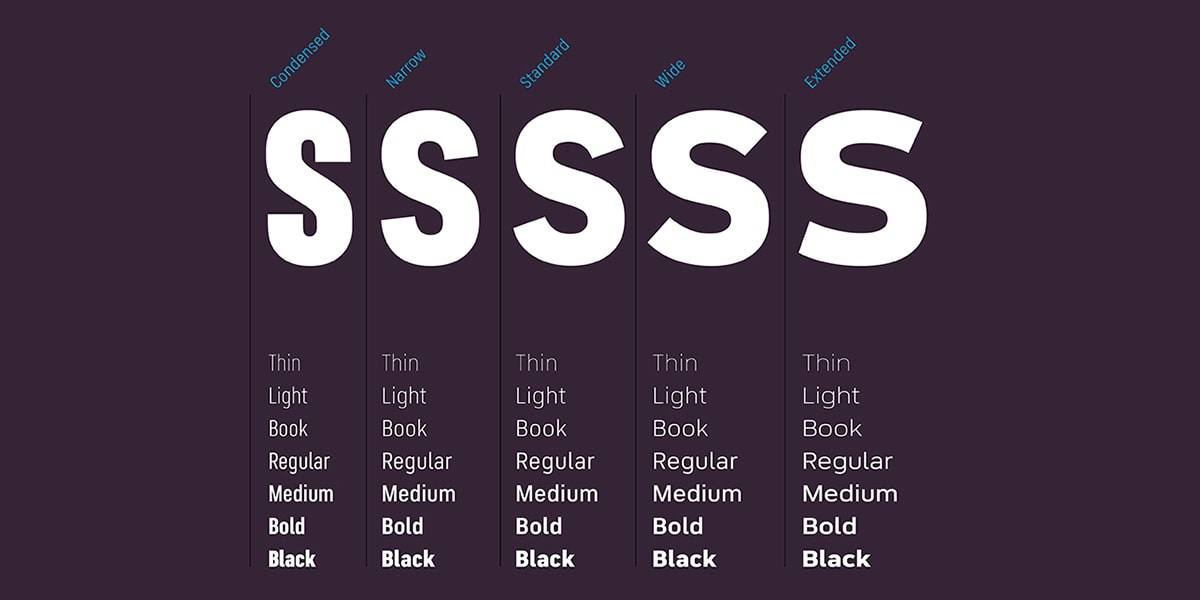 Founded in 1997 by Jason Smith, Fontsmith, the London based type foundry, is a well-established name in the industry, known for creating fonts with a human face. FS Industrie is another excellent example. 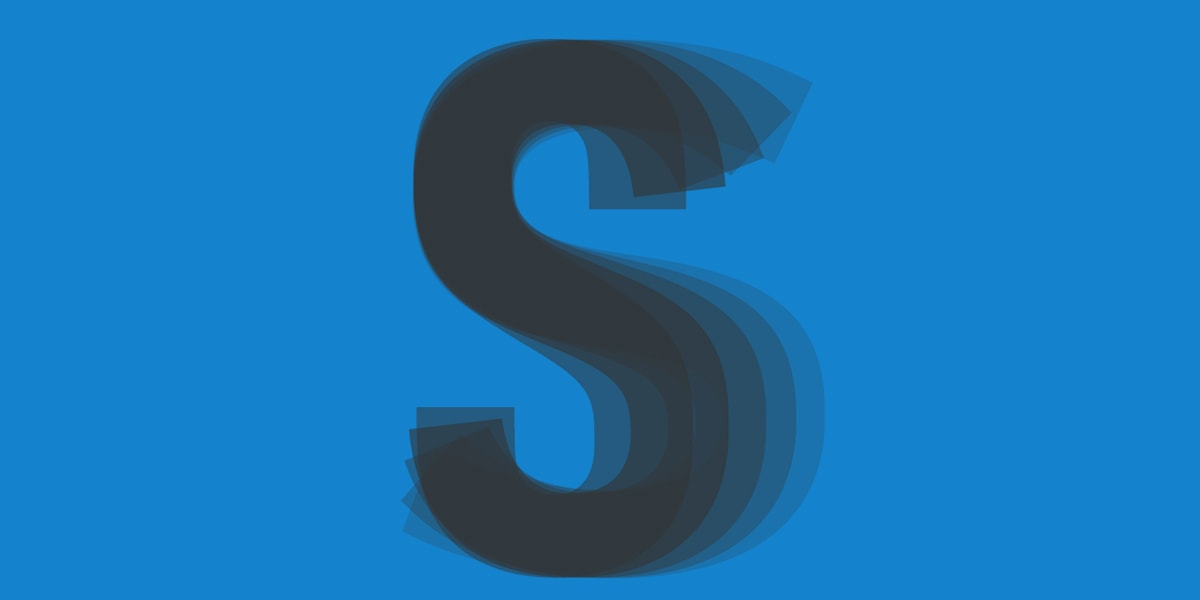 Table of Contents hide
The Story Behind FS Industrie
FS Industrie, the Perfect Balance Between Utility and Creativity
Get FS Industrie

The Story Behind FS Industrie

FS Industrie is created for digital designs where flexibility is essential. Designed by Phil Garnham and Fernando Mello, the font combines aesthetics with functional utility, delivering a precise and direct feel. Subtle design changes result in optically consistent visual impression where each width contrasts with the next to define typographic hierarchy in graphic layouts.

Glyphs are crafted for adaptability and scalability resulting in a cohesive design environment for the user. 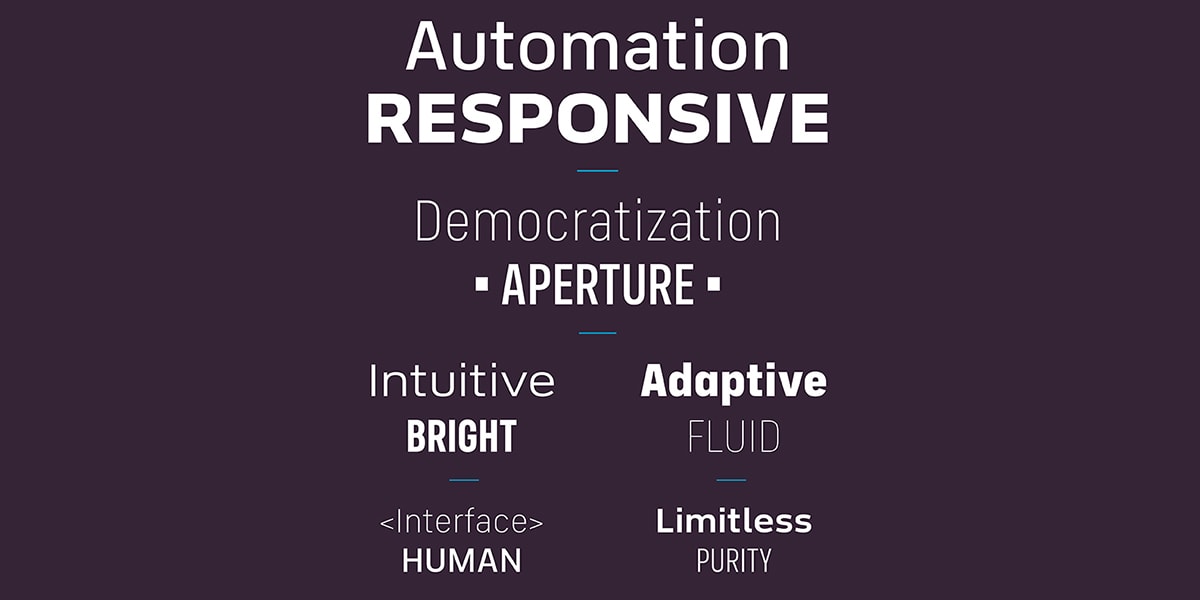 “We are on the cusp of a new age in digital typeface design where the ability to vary a font’s weight and width axis offers limitless possibilities to graphic designers within any given space.”

Inspired by classic German fonts from the 1930s with roots in manufacturing and signage, FS Industrie is a humanist font. Each width and weight is drawn by hand, with a focus on expressiveness and balance. For example, terminals that are closed in the condensed glyphs, open out in the wider widths. Each variant can showcase its distinctness yet, at the same time, remain a perfect pair with its siblings, ensuring consistency across the font system. 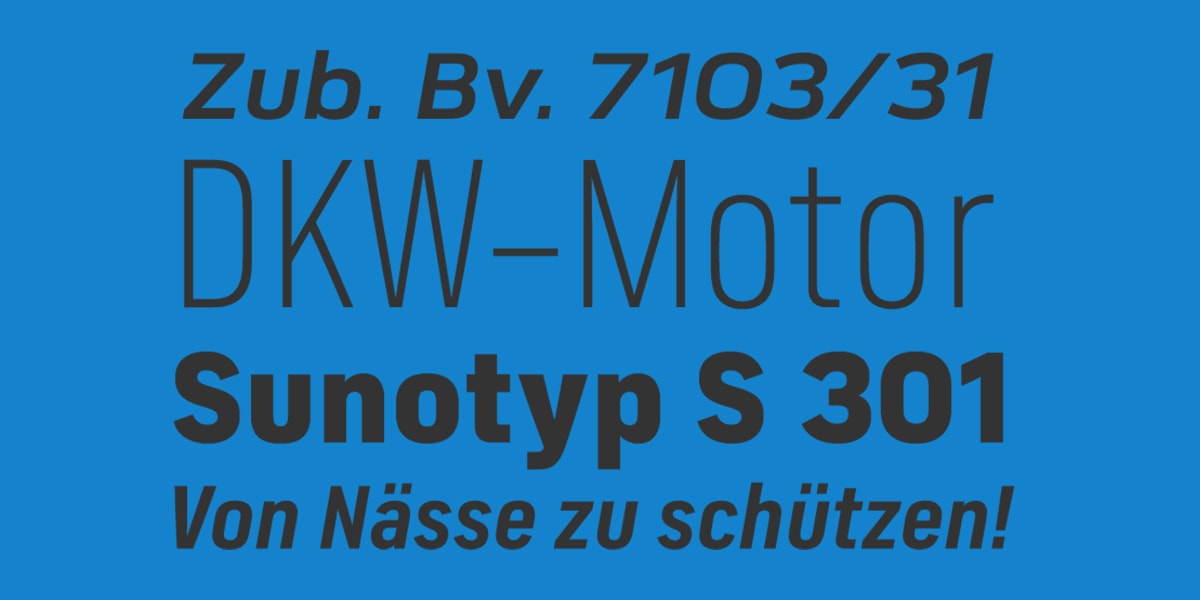 FS Industrie, the Perfect Balance Between Utility and Creativity

FS Industrie is an ambitious typeface. The project began with Fontsmith’s design team challenging the conventional role fonts are playing on modern platforms. Instead of the traditional digital and screen-based media role, Fontsmith explored the use of typography in complementary mediums across the full range of brand and marketing communications. 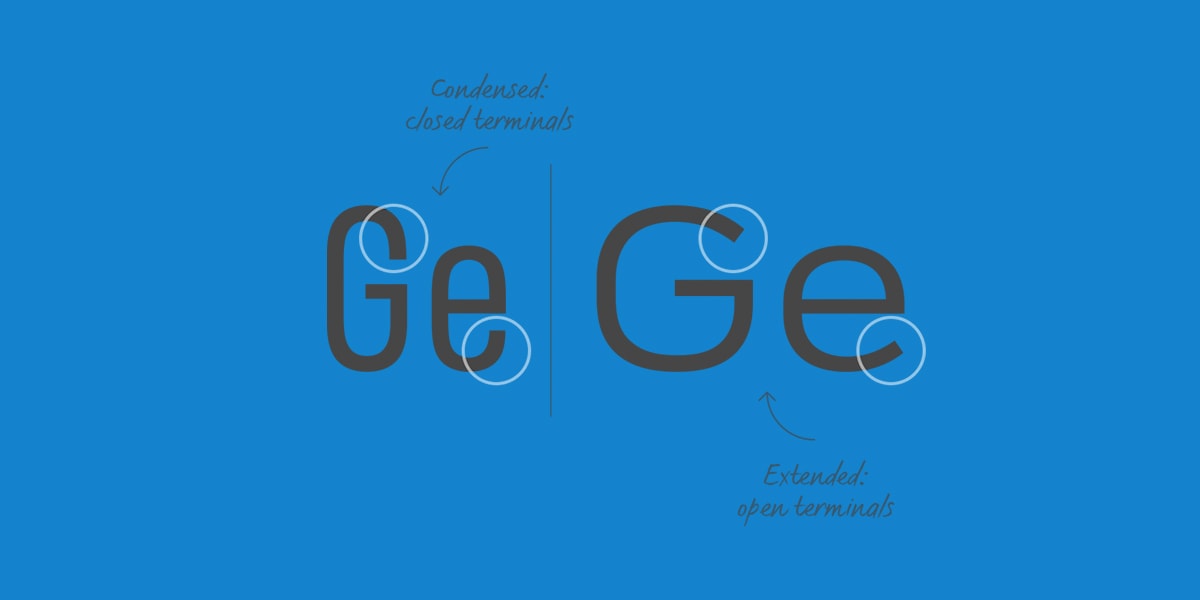 To highlight their idea, Fontsmith showcased the font in more than 1,000 unique specimens, each being generated via online survey completed by more than 400 creative professionals. Each specimen’s cover had the recipient’s name engraved using a “punched card” alphabet. 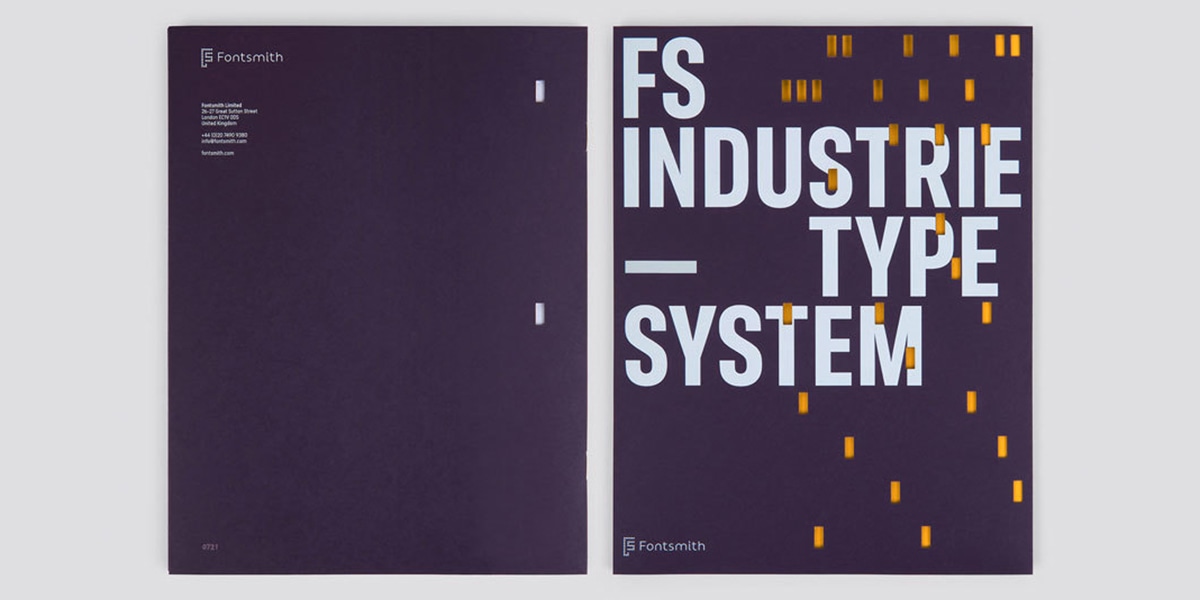 “The idea behind the campaign connects our industrial past to our technological future, combining traditional and more recent production methods, and pushing the limits of what’s currently possible. So many type specimens are designed to be seen but not read, we wanted to create something that would feel more interesting and engaging to our audience.”

The specimens were designed to show-off FS Industrie’s flexibility and versatility. Some samples are showcased as statistics highlighting FS Industrie’s strength with technical data. Other display qualitative responses, such as opinions or wordmarks. 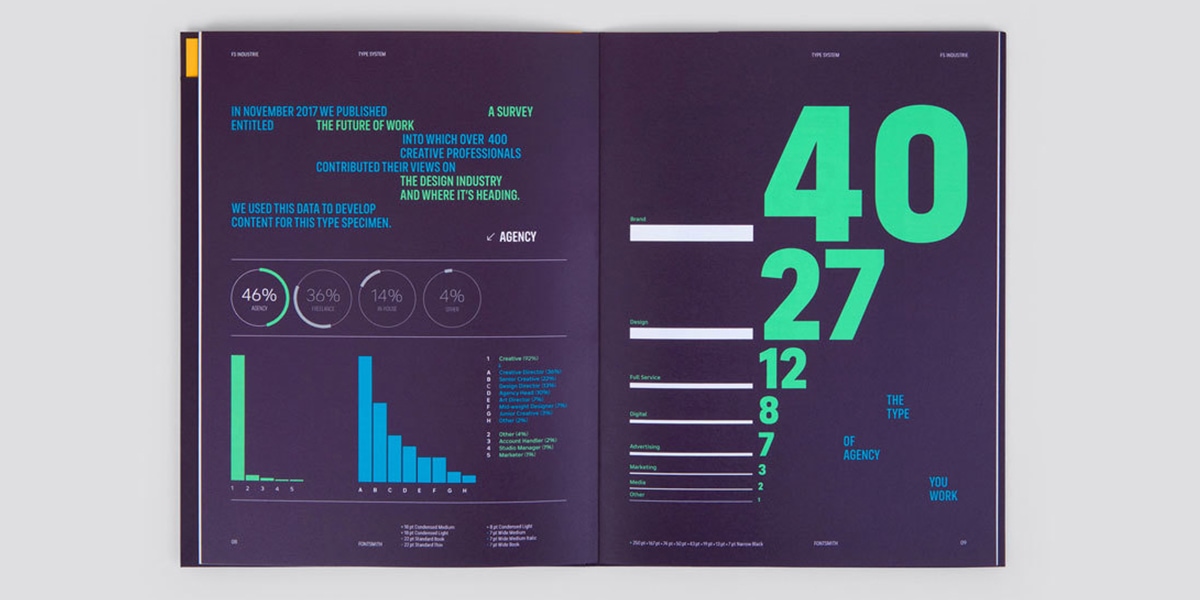 “The survey was originally intended to provide content for the specimen, but it has also proved to be fascinating in its own right, offering some real insights into the views held by our customers and users.”

Each specimen was designed by one of the 10 design studios and designers from around the world, each with its design style. Here is the list:

The result is an impressive exercise of typography. You can buy the font family from here. FS Industrie also comes with a Pro version with extended support for Greek and Cyrillic. 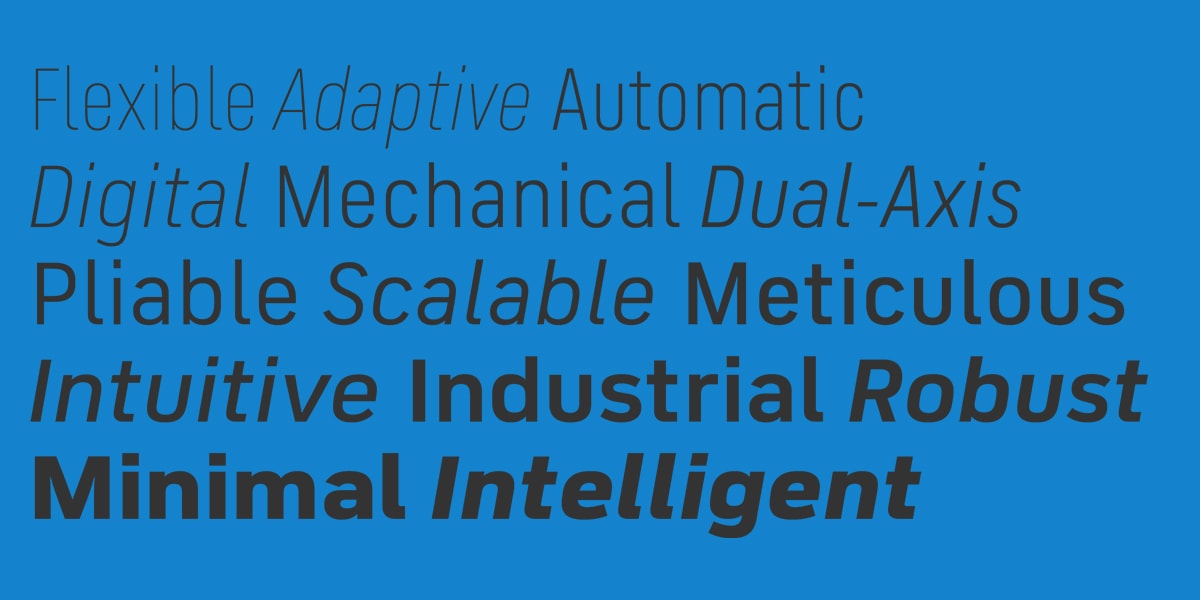 Weights can also be bought separately, but FS Industrie is worth the price. There is also a sample pdf available. However, you should check out the available presentation, to get to know the font on the screen where it is meant to be displayed.