HTML Media Capture is a W3C specification that defines an HTML form extension that facilitates user access to a device’s media capture mechanism, such as camera or microphone, or within a file upload control.

It works by extending the <input type=”file”> element with a capture attribute.

Surprisingly, browsers were never good at capturing images and videos from your web camera or recording sounds from your device’s microphone. Plugins like Flash and Silverlight filled this missing functionality on desktops, while on mobile it was quite tricky. Flash is dead, Silverlight is the walking dead and mobile browsers are taking over the world.

As of Nov. 28, HTML Media Capture is a W3C proposed recommendation.

The syntax is simple:

In mobile browsers, this method will allow the user to either choose which app to use to capture the image or choosing an existing image file. 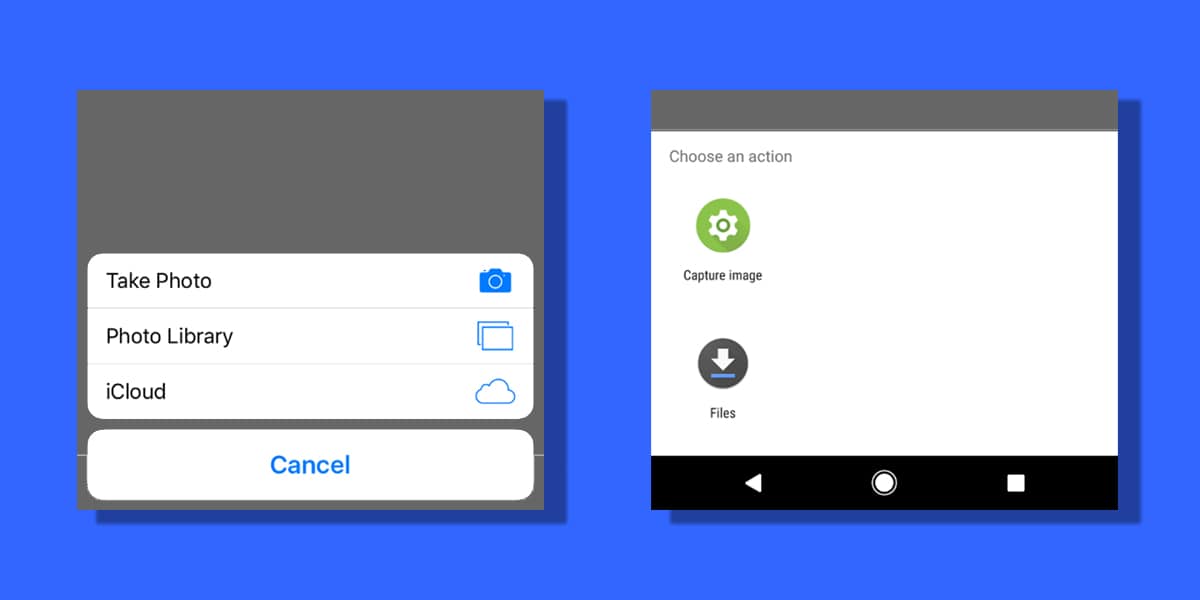 For video capture the accept attribute is changed to video:

And here is a sample for capturing audio: