Hunie is the new up and coming community that is getting a lot of buzz within the industry. The website is know for providing designers with feedback to improve their pieces and therefore their work overall. Hunie is all about giving and getting support from fellow designers in order to make each other stronger.

I interviewed Hunie’s founder and mastermind Damian Madray to get a behind the scenes look at what it took and what it is that makes Hunie amazing, the challenges of making it happen and see what is in Hunie’s future. 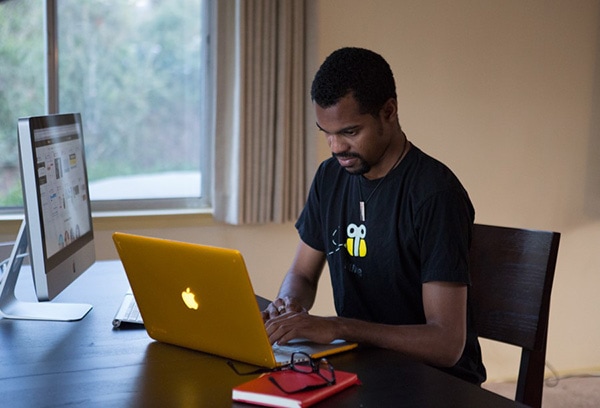 Table of Contents hide
What made you decide to create a new community?
What was it that you felt other communities lacked that Hunie provides so well?
If I have never heard of Hunie, what one selling point you would tell me about?
While making Hunie happen, what types of challenges did you face?
What was the toughest decision you had to make? What was the easiest?
How important was design aesthetics, usability and user experience when creating Hunie?
Have you ever wanted to just walk away from it? If so, what stopped you?
What was your motivation to keep working on Hunie?
What one thing you wish you could have done differently?
What is the one thing you are the most proud of about Hunie?
What in your opinion makes Hunie a popular and used site?
What do you think makes Hunie unique, better and more awesome compared to other communities?
At what point did you realize that Hunie was a success? What played a big role in making Hunie a success?

What made you decide to create a new community?

I took a long, hard look at the landscape for design communities and what they offer to designers. It’s funny, I wish I had done this a long time ago. What I realized is that every community offered the same, including, at the time, Hunie. We were all about showcasing and showing off the work of designers. That’s great but I didn’t want to build a ‘me too’ product or community, I wanted to create something that could redefine design communities and offer something valuable to designers.

I wanted to make a mark on this industry I feel so passionately about. Hunie is not a marketplace, it’s not another showcase or portfolio site, it’s simply put – a place for designers to teach, learn and improve. That’s our prime directive.

What was it that you felt other communities lacked that Hunie provides so well?

They lack a culture where designers can leverage each other’s knowledge to further improve their own craft. Design is a craft of constant learning. To date, other communities focus on learning through inspiration but it’s not an intentional goal. It’s what we as designers make of it. Designers look at the work of others and we learn. What other communities lack is the why. Why did you do this vs. that. By looking we copy what’s at the surface level but rarely understand the reason behind the choice.

Hunie aims to solve this because as you borrow these design choices, those very designers and others can tell you whether or not you’re using it wrong. Designers stand to learn. This is what Hunie is doing and doing fairly well since we relaunched.

In other communities, there’s  lack of culture that focuses on teaching and learning but what exists is one where it’s focused on likes, views and follows. There’s nothing wrong with this but it’s exactly where we seek to be different.

If I have never heard of Hunie, what one selling point you would tell me about?

We only have one: Get constructive critiques from your peers.

While making Hunie happen, what types of challenges did you face?

The challenge is getting users to give constructive critiques. This solves a balance between culture and user interface. Even though 90% of our critiques are constructive and helpful, we seek to make critiquing easier and improve the interface and culture to encourage even better critiques.

The toughest decision I’ve had to make is taking down the old Hunie. There’s so much history there. In fact, taking it down required us to give up certain data, like one of our user’s work receiving over 1M pageviews. This is tough! Real tough.

The easiest decision to make was making that move to what Hunie is now. It was easy because I believe that it offers real value to designers. I’m hoping they can see it the way I do.

How important was design aesthetics, usability and user experience when creating Hunie? 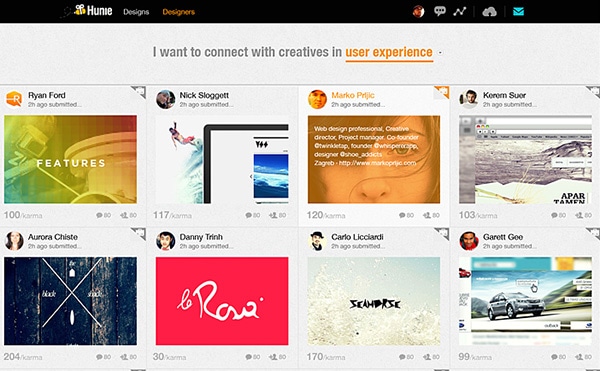 Hmmm… I design for a design community. It’s important. Designers miss nothing and I have almost 200 feedback’s that require my attention. Aside from that though, Hunie is not polished, it’s rough around the edges. Designers leave feedback about its imperfection yet everyday they use it. Thankfully.

In the age of design, people seem to think that it is the holy grail to their problem. It’s not. Creating a compelling product that has product market fit is what matters most, even more than design. Think about it. The old Hunie site wasn’t horrible and it had good aesthetics and user experience. The fundamental problem was that it didn’t solve any unique problem in a compelling way so engagement was low.

Solve a problem then use design to trump your solution.

Have you ever wanted to just walk away from it? If so, what stopped you?

Yes and I did. I walked away several times but never completely. I left it off for about a year and the site kept getting traffic somehow, not becoming a graveyard. During my ‘Hunie Sabbatical’ I failed in creating a mobile startup called Ideaphase. I co-founded TheGlint then 9mths later closed that down. I returned to Hunie and decided to focus and commit to it. This was when I learned true focus. I committed. I got into 500 Startups, built what you see now in 1.5mths and have been iterating since.

To tweak your question a little, I guess you’d ask, what made me return to an old idea?

I love design. I’m passionate about communities. I love building things. Hunie and I have a long history, one that’s ingrained in who I am.

What was your motivation to keep working on Hunie? 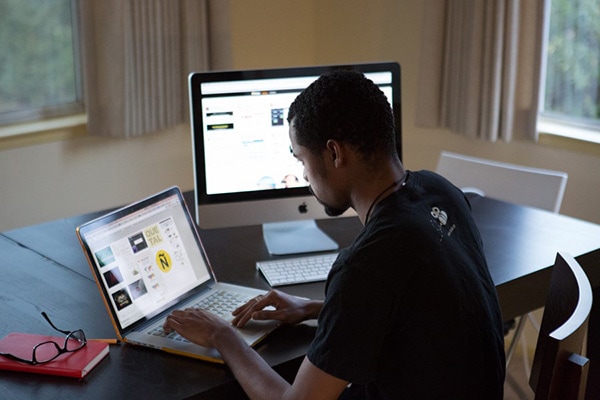 Before I founded Hunie there was DesignersCouch which was a group on deviantART. The aim of the group was giving designers more exposure and a platform to give each other better feedback. I built DesignersCouch into one of the largest design groups there and then created its own brand away from deviantART. I then rebranded DesignersCouch to Hunie and most recently, relaunched it with what you see today.

As you can tell, there’s lots of history there and that was my motivation. In some ways, it’s what kept calling me back to Hunie. I figure, if I can’t do it one way, it’s time to do it another way. This fueled that search for a new way to do things.

What one thing you wish you could have done differently?

I wish I could have focused more, totally commit. I wish I had figured out sooner the true purpose and the real problem I wanted to solve. I had the opportunity to do so when I was in school and had less responsibility. The truth is, I wasn’t ready. I am now and it’s never too late.

What is the one thing you are the most proud of about Hunie?

Surviving as a community long enough for me to come up with this new vision and purpose.

Aside from that, I’m really proud of the community we have: 1500 designers and 14K critiques since we relaunched 3 months ago with  90% constructive rate. On average, every design receives 3 critiques from at least 1 designer.

I’m very proud to see designs evolve for better because of the Hunie community. I’m proud to hear designers saying how much they’re learning.

What in your opinion makes Hunie a popular and used site?

I’m glad you think Hunie is popular. As a founder I don’t think it’s there yet but the word is getting out and the reason for that – it works! This is not some bullshit claim to getting constructive critique. I know designers have heard this over and over and have not seen it. When they join Hunie – I think the reaction is something like, “what the f**k, people are actually critiquing?” Then I go, “YEA! You should too.” That’s what’s catching on.

What do you think makes Hunie unique, better and more awesome compared to other communities?

Our purpose is to help designers learn and improve. We’re committed to that cause and so is our culture. Our culture plays a big part in why we’re different and why we’re awesome. Technology can be copied but not the culture and Hunie is all about facilitating that culture to be stronger. We’re very serious about that.

At what point did you realize that Hunie was a success? What played a big role in making Hunie a success?

Success is defined by how the individual measure it or in this case, Hunie. One measure of success we had that was blown away was: a designer submits their work late at night because they’re probably stuck or tired looking at their work. They go to bed and return next day to Hunie only to see a slew of critiques that shows them their work in another perspective. In fact, 3 or 5 different perspectives. Now they’ve got enough to help them iterate and improve.

That happens on Hunie. That’s when I realize the first bit of success.