Daryl is an awesome designer from United Kingdom, who many of you may know as the guy with the Batman avatar. I kid you not, he just might be him. However, on a more serious note, he is one hell of a designer and a great influence within the community. He is helpful when you need feedback and also is a spectacular designer. His Dribbble (@daryl) shots provide inspiration to many – including myself.

Not to mention he is a really friendly guy on Twitter (@daryl). I’ve got him to do an interview for me so that we can get inside his head and to see what it is in fact that makes Daryl one hell of a designer, indeed.

Table of Contents hide
How did you learn to design and code?
Which do you enjoy more, design or development?
Do you have a ‘client from hell story’? How did you handle it?
I know you’ve gotten numerous offers to work for big companies, why did you turn them down?
What do you enjoy most about being a freelancer?
What helped you become a successful designer? What about a successful freelancer?
How do you stay up to date?
What skills do you admire the most among fellow designers?
What skill would you say people need to master in this industry?
Who are some of your favorite artists/designers which you admire?
What do you do when you get stuck, when you have creative block?
What is your biggest motivator in getting stuff done?
What are some of the blogs you visit regularly?
How important has the online design community been in helping to get you where you are today as a designer and freelancer?
Lastly, what is the deal with all of the Batman avatars?
Links:

How did you learn to design and code?

I started designing about 10 years ago, I was into gaming quite a lot, and began making little forum signatures for fun. I really enjoyed making stuff, so I took things further and got into Web Design, and more recently UI Design. I first learned HTML, I’d say around 2004, back then I was still using tables and Flash. I only took developing more seriously about 4 years ago when I realised just how awesome it is, and moved onto more languages.

Most of what I’ve learned over these years has been by just experimenting, and on a need-to-know basis, I never bother with books and such, though they may work for others, I find it easier to just get stuck in. 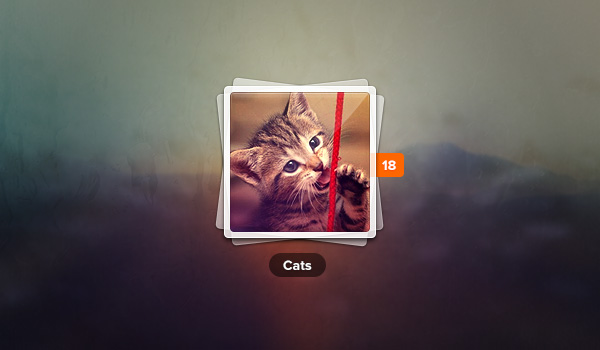 Which do you enjoy more, design or development?

I’ve been asking myself this question for a while now, I can never seem to form a straight answer, I like them both. With design I get the chance to create experiences for people, that alone is pretty amazing. I also find developing quite therapeutic, it’s a nice break, and can add a lot of character to your design, if done right.

Do you have a ‘client from hell story’? How did you handle it?

Apart from a few times chasing payment down, I haven’t had much hassle from clients in the past. If I did, I think the best way to handle it would be to just stay calm.

I know you’ve gotten numerous offers to work for big companies, why did you turn them down?

The way I see it is, I’m only 24, I have my whole life ahead of me. I was, however, really tempted by 1 company in particular, but I’d like to think that I can get somewhere on my own, and right now I have a few ideas which I’m working on. 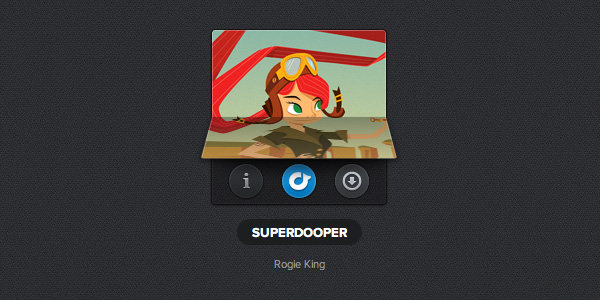 What do you enjoy most about being a freelancer?

The freedom. Being able to choose your own hours, and not having to commute. Also knowing that out of the thousands of people available out there, someone chose you for the job.

I think you can generally become successful at anything, so long as you are dedicated and passionate about it. Though I can’t take all the credit, Dribbble’s played a huge role in my career. If you’re a freelance designer, and you’re not on there, you’re potentially losing out on a lot of work. It’s also a great place to keep up-to-date with latest trends, and a great source of inspiration.

How do you stay up to date?

I look at all the designs around me, and try to understand the thought processes and techniques behind them. Then I think about how this can be applied to work of my own, and how I can make it even better. It doesn’t always work, though. It’s also good to remember that just because something looks awesome, doesn’t always mean it’s the best solution. 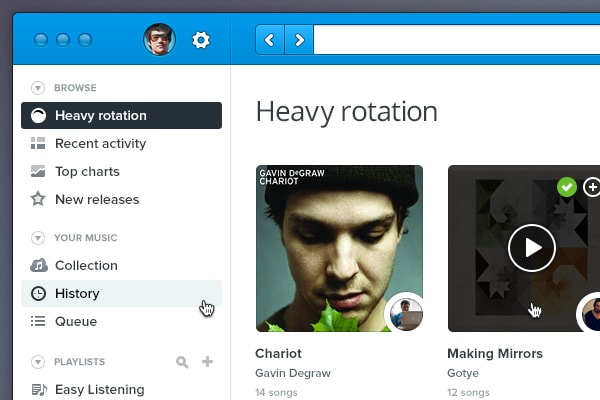 What skills do you admire the most among fellow designers?

I admire anyone that’s able to take criticism on the chin, and anyone who is clearly passionate about their work. It also helps to be nice. A good example is Nick Slater, he’s probably one of the most humble guys in the industry.

What skill would you say people need to master in this industry?

Definitely development. If you’re a designer, learn to develop your work, you’ll find it really improves not only your techinical ability, but you’ll know what’s possible, and what’s not. However, I’m not saying you should then limit yourself.

Who are some of your favorite artists/designers which you admire?

Tim Van Damme’s work has definitely inspired me a lot, he pays a lot of attention to the details, and he’s done wonders with Instagram. There are a few other designers I really like, but overall, I’d say anyone can inspire me. Go check out Timothy J. Reynolds’ low-poly work, for example, it’s insane.

What do you do when you get stuck, when you have creative block?

I find these occur often when I fall into similar design patterns. Firstly, I’ll have a look around the web for inspiration, if that doesn’t work, I find it’s best to take a break from what I’m doing completely and come back to it later. 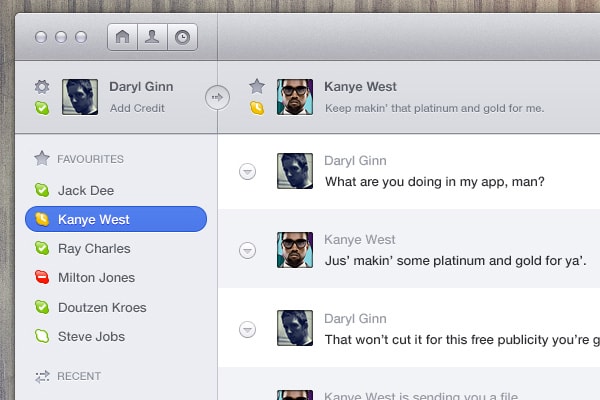 What is your biggest motivator in getting stuff done?

I’d say passion, for sure. When I first started doing what I’m doing, it wasn’t even for a job, it was for fun. It’s great that what I do for a living, I would still do anyway even if I had all the money in the world.

What are some of the blogs you visit regularly?

I don’t actually visit many at all, generally if I’m reading an article, it’s something that’s been tweeted that sounds interesting.

How important has the online design community been in helping to get you where you are today as a designer and freelancer?

Massive. Dribbble has played a big role, and it’s well worth the $20/year for the Pro account, not only because it’s awesome, but for the potential opportunities that can come your way. 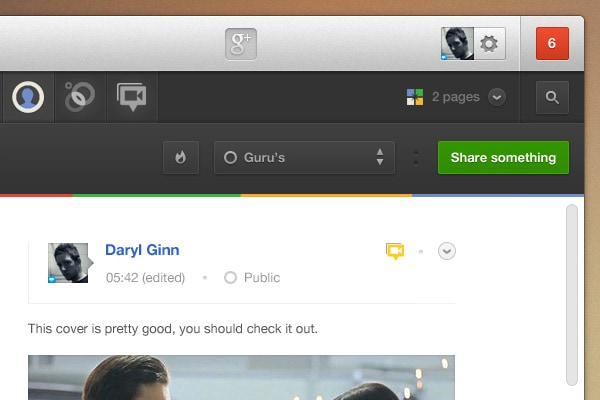 Lastly, what is the deal with all of the Batman avatars?

I get asked this somewhat often, and honestly, I’m not so sure how it happened myself. If you’ve known me long enough, you’ll know that I wasn’t always using Batman, but to be honest, he is pretty badass, so I just go with it.