Facebook knows everything about you. Even if you are not on the social network. The Cambridge Analytica episode is just another “friendly” reminder. Your data is an exchange coin. If you are willing to trade it, that’s your choice. But when our data is profiled across websites, then we have a problem. Mozilla has a solution: Facebook Container.

Facebook Container is an add-on that isolates Facebook from the rest of your browsing activity. By doing so, the addon limits Facebook from tracking on what you’re doing on the internet.

So, if quitting Facebook is not an option, the addon will help you maintain some control over your data and protect yourself from any (un)expected side effects. 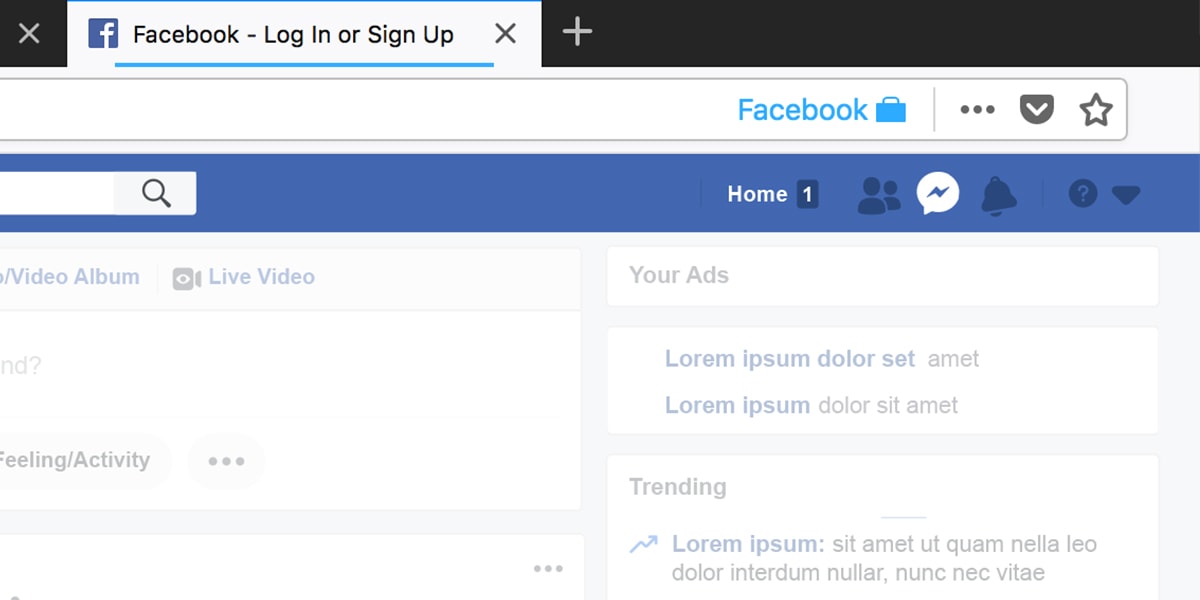 The addon works by launching Facebook into a separate container from the rest of your tabs or windows. After the first install, the addon will delete any Facebook-related cookies from your browser and log you out of the social network. 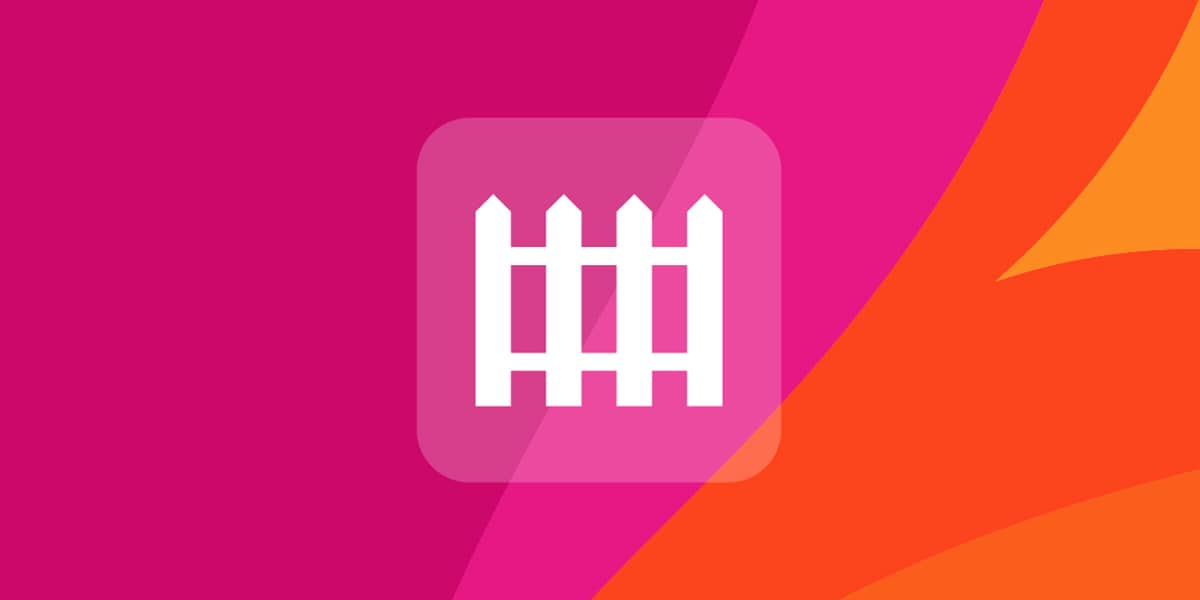 “There’s enormous value in trying this data to your social profile, and Facebook has a network of trackers on various websites. This code tracks you invisibly, and it is often impossible to determine when this data is being shared.”

While this extension won’t save you from any future data leak similar Cambridge Analytica, it will partially limit tracking your habits outside of the Facebook website. That’s why it’s important to assess whether your data is worth the trade of trusting Facebook. Have a look at this site for a bird’s eye view of the extent Facebook is involved with your data. 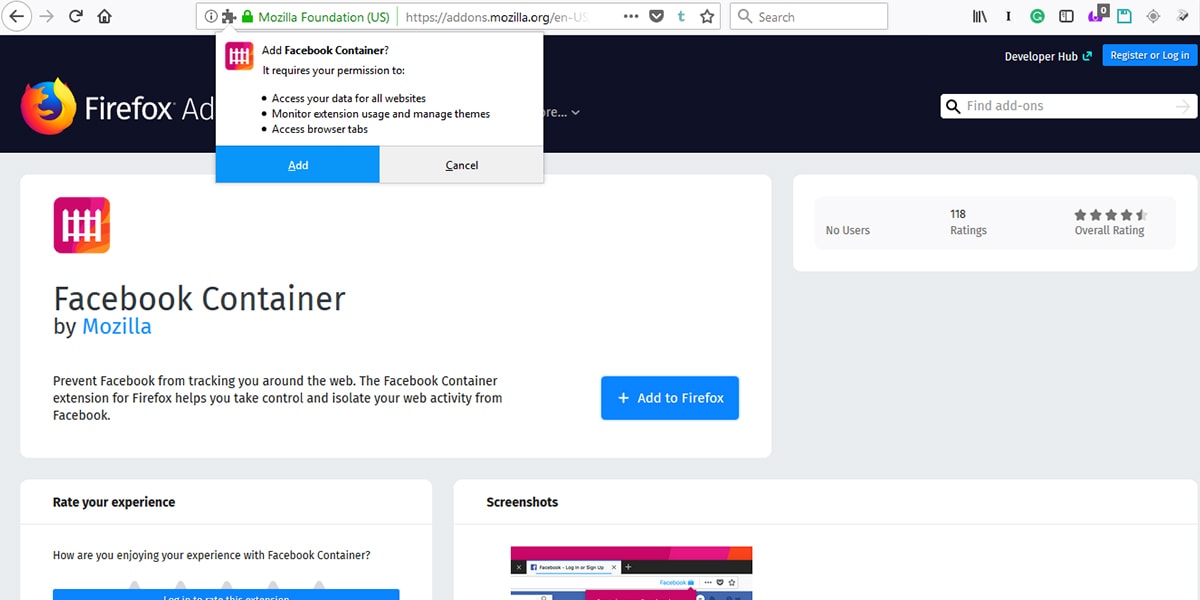 Some could ask why are we discriminating against Facebook? No other service has the same magnitude Facebook has. And hopefully, in time, we’ll manage to build a privacy-conscious culture.

Also, Firefox will join the likes of Opera, Brave and Chrome in blocking or filtering ads by default. Firefox is already allowing users to disable tracking and blocking pop-ups, but it aims to implement a Chrome-like approach to blocking intrusive ads. 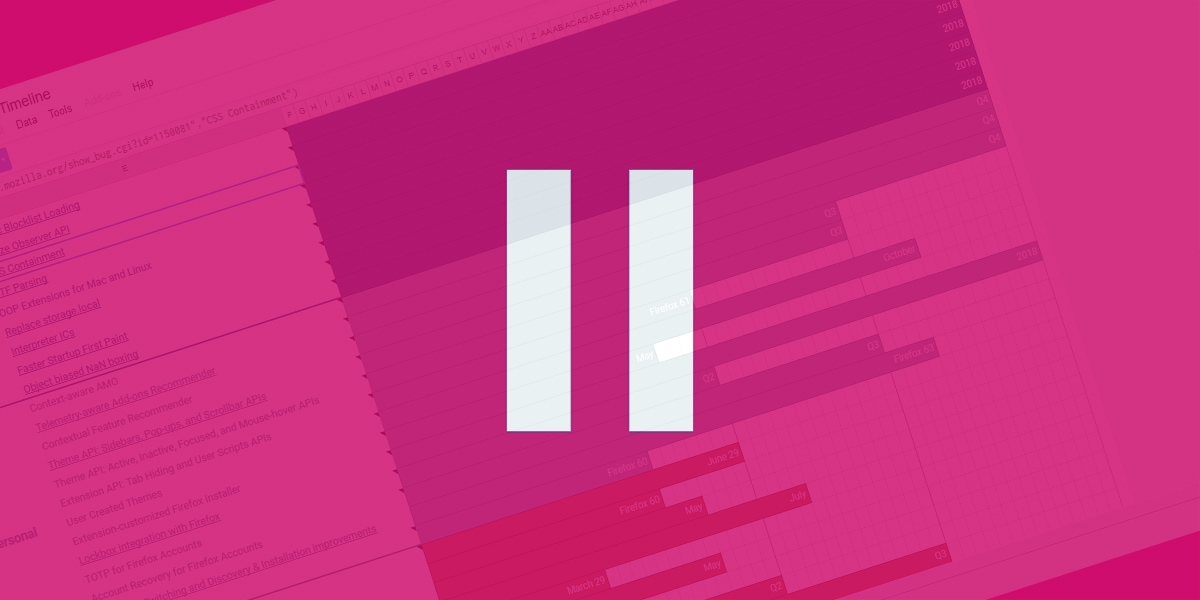 “Over the next year or so, Firefox will take a stand against tracking, intrusive ads, and other dark patterns on the web by blocking the worst content and more clearly communicating the privacy and other protections the browser offers,” said Asa Dotzler@Firefox.

It’s unclear for now whether Firefox will follow the Coalition for Better Ads principles or implement an independent set of guidelines, but publishers should change the way they use ads if they want to keep at least some ad revenue streams. The next Firefox version will bring:

The last feature will inform users if the site they are on has been breached and will offer users the option to further investigate on whether their account on that site is compromised.

We’ve come a long way since the web became something more than a military network. However, we should accept that the open web, as we like to call it, is built on ads. That’s why when we take the stand against intrusive ads, tracking and other dark patterns, we should be careful not to inflict collateral damage on honest publishers.

“It makes sense to introduce ad-blocking features, but a huge problem for me is that Google is taking the action to block content by default, without the user’s request/permission. What happens if they flag something as an offensive ad when it’s not an ad? Will they start replacing ads they deem as “intrusive” with their own ads that they make money from? Don’t take control away from the user. Sure, make it easy for people to block ads that are deemed intrusive (though that might be subjective in some cases) but don’t do it automatically. Without the user knowing it,” said Ty Cahill @Designmodo.

Just like Google, Firefox may address the ad blocking problem in its own way. While we could assume that eventually the principles for blocking ads will be unified, what happens if this isn’t the case? What happens where critical actors start enforcing their own policies? Of course, chances of this happening with Mozilla are slim.

Maybe it’s time for W3C to step in for real?