Challenges and Opportunities of UX in Augmented Reality

Augmented reality is a recent technological innovation that is widely used in marketing by major brands like Pepsi and IKEA. It adds layers of computer-generated content over real life objects enhancing the user experience and perception of the brand.

The reason why UX designers should care about augmented reality is that it is yet another type of user interaction, albeit a relatively unexplored type. Most user experience principles may be applied to augmented reality apps and technology, but there are still many gaps to be filled and opportunities to be embraced. 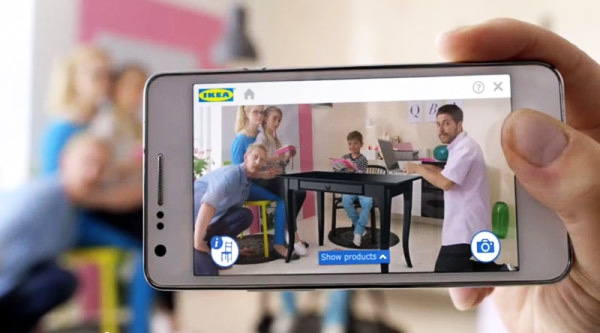 Augmented reality is used not only in advertising campaigns but also in education, gaming, arts and even archaeology. Some of the greatest examples can be found in commerce, where this technology allows for the creation of virtual previews of products. Here’s the 2014 IKEA catalogue application. Using this application, customers are able to place and view selected IKEA products (in digital format of course) in their own rooms!

Botta Design has applied AR technology to preview their Botta 24 watch model with the help of an iOS app.

National Geographic brought wild animals to life with the help of augmented reality installation in shopping centers and thousands of passersby had a chance to interact with virtual dinosaurs, leopards and dolphins. 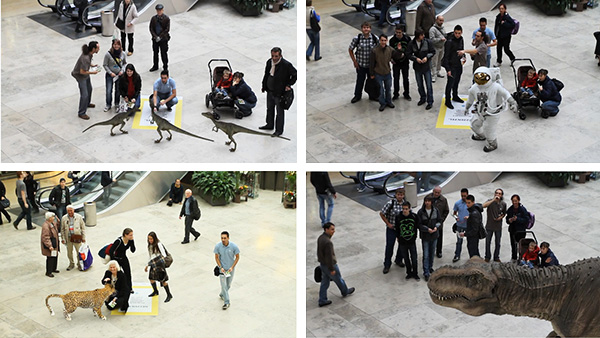 What Are the UX Challenges of Augmented Reality?

Like any other new technology there are lots of constraints and limitations to augmented reality that need to be considered when designing the user experience. Although it has greatly advanced in recent years, AR is still raw and in need of bright minds to put technology and user needs together.

Augmented reality is an enhanced version of the real world and obviously it can’t be seen with a naked eye. Moreover, you need special devices to see that extension of reality. As a user you will need a smartphone or a tablet with iOS or Android OS and a special augmented reality app. It can be previewed on basically any screen with a projector (if it’s a large scale project like National Geographic installation). Early adopters and innovators may already have Google glass which is currently the most convenient augmented reality device out there.

Augmented user experiences should be designed considering the features and limitations of specific devices. Since AR mostly comes in the form of sophisticated 3D content the devices must have some decent graphics processing hardware. 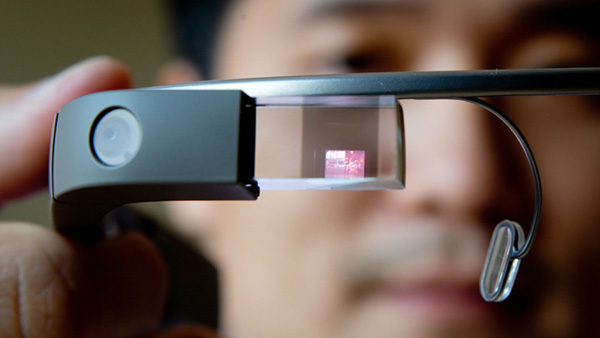 Having a flagship smartphone or advanced technology eyewear doesn’t mean you can see augmented reality in action. You will also need software running on whichever device you use and a trigger in real world. The software is a mobile app that basically works like a QR scanner, only instead of a QR code it scans a specific tracker to preview data locked in it. Tracker is an image on which the AR information is attached. This is the most common way augmented reality is presented to the user, although there are many other variations of both the software and the triggers.

With this in mind, UX professionals need to make it all as simple and intuitive as possible without making the user think. This can be a challenging task because even the word “augmented reality” sounds too serious and complex for the average user. 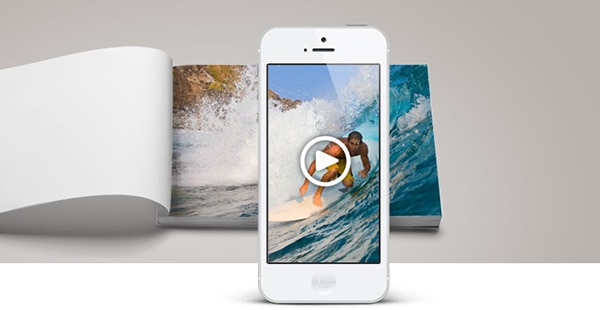 There is an opinion that limitations are key to great UX and I agree with it in a way. If there are no rules there is no game. Limitations foster creative thinking and innovative solutions. This concept lies in the core of augmented reality UX.

I don’t want to delve into the endless possibilities of AR and its applications, but will rather look at it as an interactive extension for presenting content (which is basically what augmented reality is about). It offers multiple benefits and enhanced features that can be used to create delightful experiences. But it is important not to overdo. Make sure you are not bombarding users with unnecessary information for the sake of using trendy technology. If AR won’t bring value for users, there is no need to complicate the product. 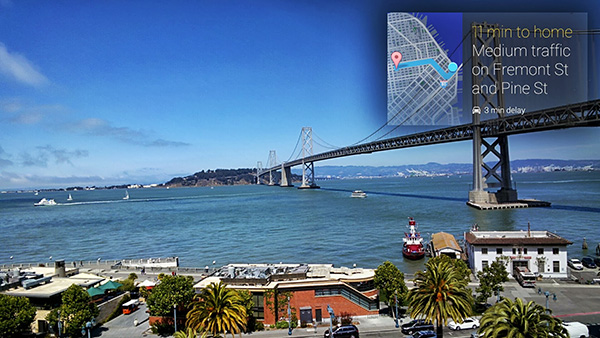 Great user experience design is the one that intuitively guides users through interaction processes and leads to conversion. With the help of augmented reality technology, you can provide useful information and tips based on the context of use. Think of a travel guide app that can make use of location-based AR and provide information about historical sights, buildings and places of interest. Users will have instant data on the screen without having to search for it in the app. 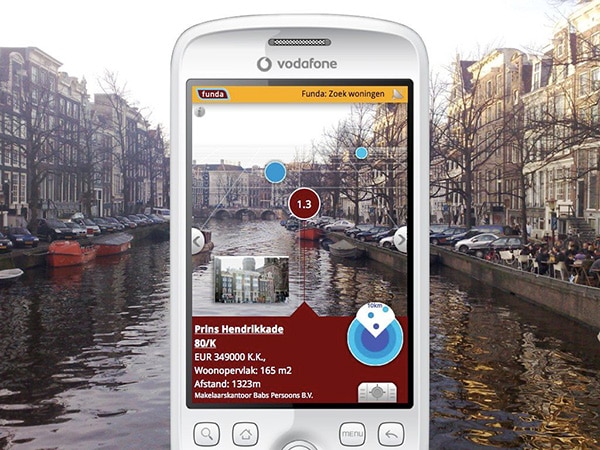 Augmented reality technology requires deep studies of human computer-interaction, as well as human body and brain functioning. These findings will shape UX strategy so that users don’t need to get out of their comfort zones and adopt unnatural behaviors. Augmented reality UX, more than anything else, must be adapted to human behavioral patterns.

While augmented reality technology is still new, it has already proved to be useful in many fields. As a new interaction medium, AR requires strong understanding of the users, expectations and needs. It is important to get it right and make sure it adds value to the user experience.