Foundation 6.4, the most powerful, flexible, and stable version ever is available for all users. Foundation is an advanced responsive front-end framework aimed at allowing developers to quickly build websites or apps that work on any kind of devices. It comes with a customizable, responsive grid (that just got updated to Flexbox), a large library of Sass mixins, commonly used JavaScript plugins and full accessibility support. 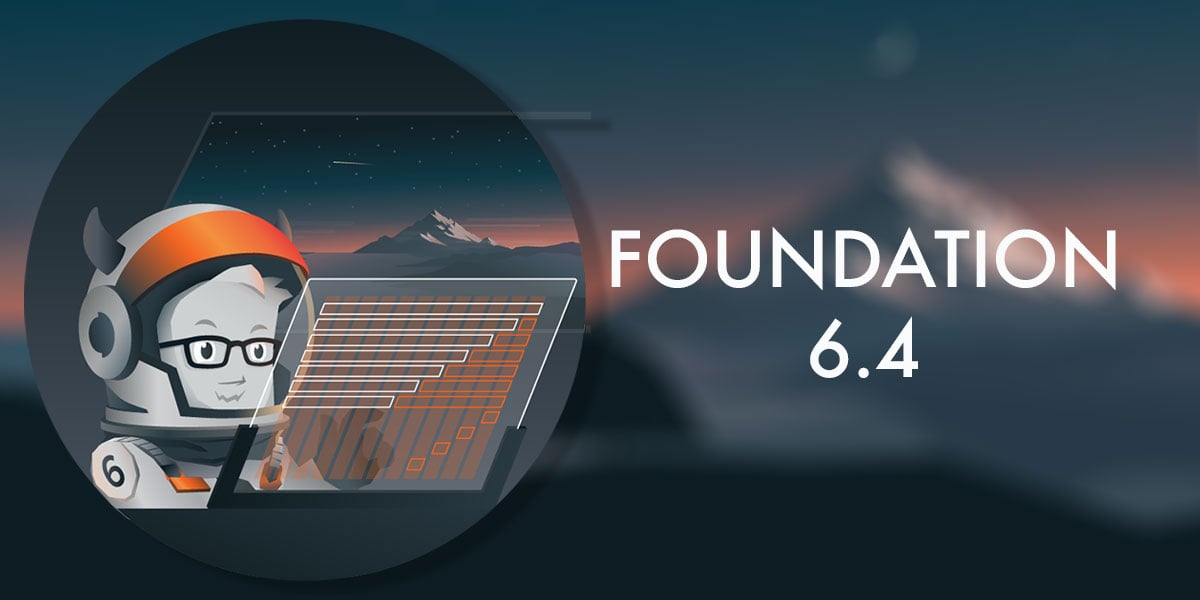 This release is so packed with features that Zurb may run out of ideas for Foundation 7.

The latest release adopts a new EcmaScript 2016 module-based architecture powered by webpack. This means better scripts, that run faster and enable a better user experience. Those who are in a mood for retro will be happy to know that backward compatibility with previous ECMA standards won’t be a problem.

The release comes with a “truly 2-dimensional” grid. This means more control of layout options. Foundation now uses Flexbox by default. Being one of the first frameworks to adopt Flexbox as a layout option, it was only a matter of time. Legacy support for the old grid will be maintained for the foreseeable future, so those looking to stick with the old grid won’t have to start a revolution. Well, until Foundation 7.0 comes

While Foundation was initially built for production, prototyping became an integral part of the workflow. Developers are using the framework for prototyping. And sometimes, prototyping code got pushed to production. This version addresses the issue with a “prototype mode” and optional prototyping helpers.

Get the Latest Foundation

For Sass users, look at the Basic Template and the ZURB Template. The templates can be installed by manually downloading them from GitHub, or with the Foundation CLI. Finally, if you roll alone, install Foundation using a package manager.

If you are new to the framework, have a look at the the intro page for tips for getting started with the framework, and don’t forget to check out at the online documentation.

If you are already familiar with the framework, you may want to check out the changelog.

The framework is maintained by ZURB and is an open source project, under a MIT license.